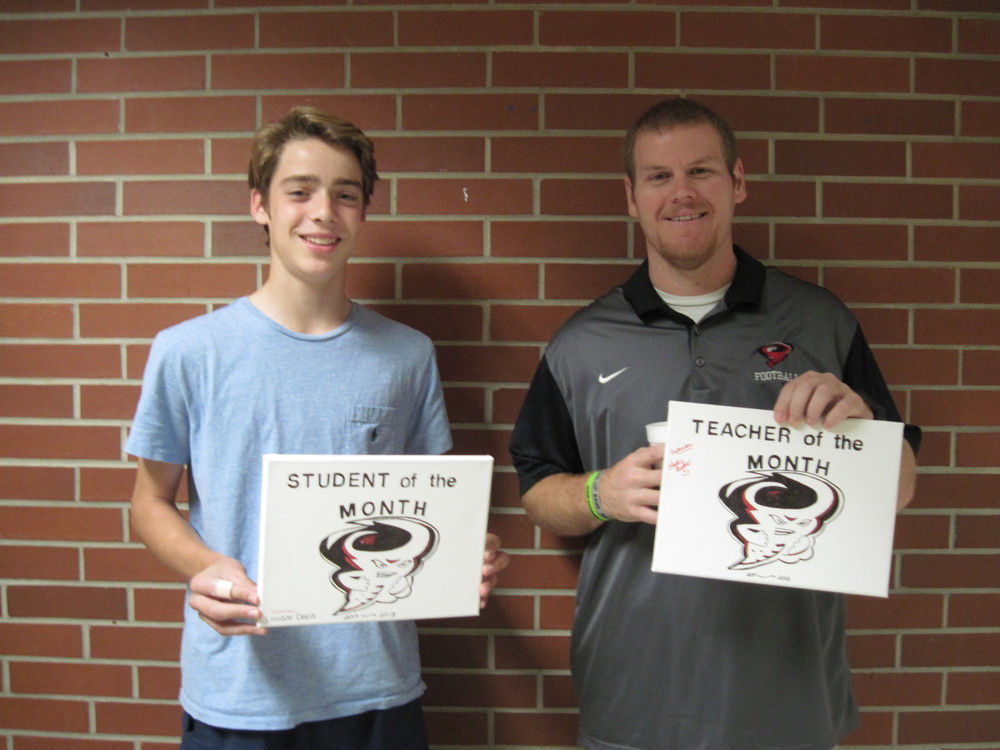 RJHS has announced the winners for October Teacher and Student of the Month this week!

Michael Smith is the Teacher of the Month. He teaches 8th grade History. He was nominated by Dustin Jackson,  a fellow teacher at RJHS. Dustin wrote in his nomination, "Coach Smith is a fantastic asset to RJHS. He has a natural rapport with students based on respect. He is always there to keep spirits high and even when frustrated adopts a positive attitude. And according to students he is fun to talk to and really understands the game of football."

Bronson Smith is the Student of the Month. He is a 9th grader, and the son of Brooks and Melissa Smith. He was nominated by his English teacher, Mrs.  Haley Jackson.  Mrs. Jackson says, “Bronson is the epitome of a positive, kind, and uplifting student. He always has a smile on his face, and he is always willing to help in whatever way he can. He never complains and he gives everything he does his best effort, no matter the day. He is a new student at Russellville this year, yet he has already proven to be one of our strongest role models at RJHS."

RJHS wants to say a big congratulations to Mr. Smith and Bronson Smith.