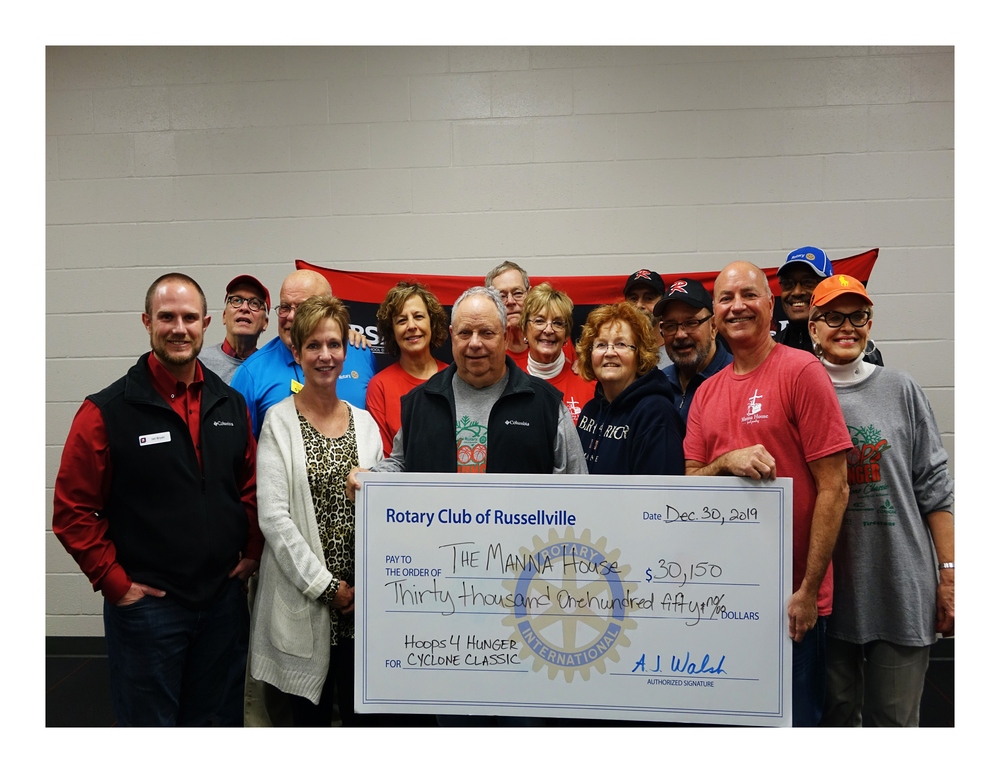 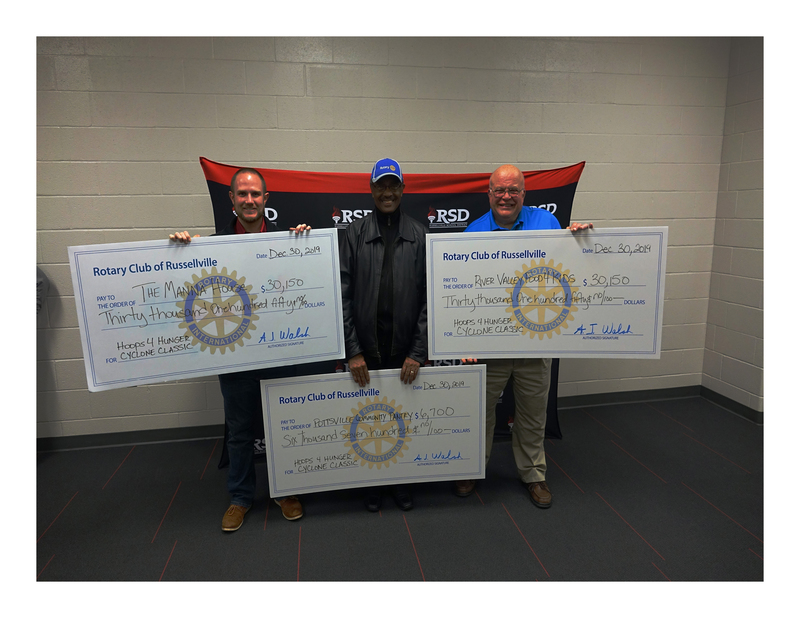 It is estimated that the event will provide 138,217 meals to school age children and families located in Russellville and the immediate Arkansas River Valley area this year!

The Lady Cyclone Basketball team won the ‘Food Stars competition’ by collecting close to 590 pounds of peanut butter and cereal!

The Rotary club wishes to thank donors and sponsors of the event with recognition given to Title Sponsors Tyson Foods, Bridgestone/Firestone, Conagra, Legends Resort and Casino, as well as in-kind Title sponsors Russellville School District, EAB Russellville, and Beacon/Cooper Tires.

Rotary would like to also mention a special thank you to the referees of the tournament who donated 33% of their time to the event.

The first annual Hoops for Hunger event was held in 2015, and since then the event has generated an astounding gross-cash total of $258.816.00, and within that time frame in-kind sponsors have donated services and products valued at $$114,276.00!

The total value of the Rotary and RSD Fundraiser and service project aimed at alleviating hunger in resident school age children and families has reached $360,687.50.

Participating visiting high school basketball teams and their supporters combined with Rotary Club sponsors totals just over $10,800 over the past five years the tournament has been held.

Recipient checks were distributed to River Valley Food4Kids and Manna House Food Pantry each in the amount of $31,150, and Pottsville Community Food Pantry for $6,700.

Walsh estimates based on the USDA standards and access to the Arkansas Food Bank that 615,000 meals have been made locally available since 2015 because of the success of Hoops for Hunger the past five years!