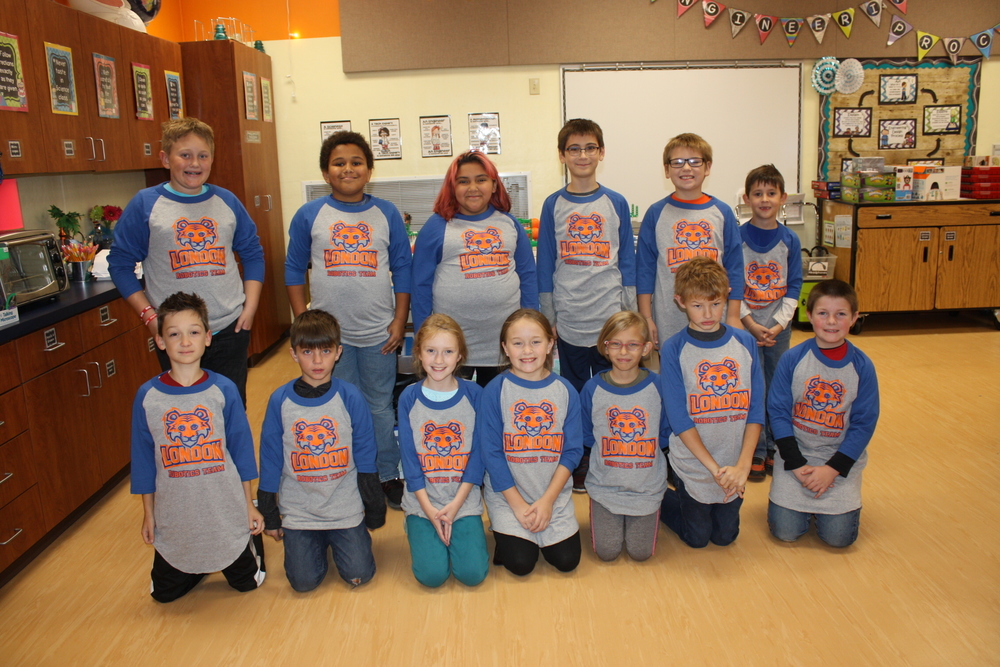 The London Robotics team has received a grant from Entergy in the amount of $1,986.34.  The money will be spent on two new laptops, a new super kit, a rolling tool chest and add on parts for the robotics kits.  The laptops will be used for coding.  Part of a VEX IQ competition requires that students code the robot to run autonomously and score points.  The new super kit will allow the team to create a second robot.  A second robot gives them the ability to simulate a competition during practice and can also give them a choice of robots for competition.  The rolling tool chest will house all the tools and parts needed as well as the robot and will make it easy to transport everything to competitions.  The London Robotics team is in its second year and has had great success.  In their first year they earned the Judge’s Award at the UALR tournament. This year they have already qualified for the state tournament and placed 3rd overall and 4th in skills at the Alma tournament.  The team and coaches would like to thank Entergy for their generous grant and partnership with London Elementary.