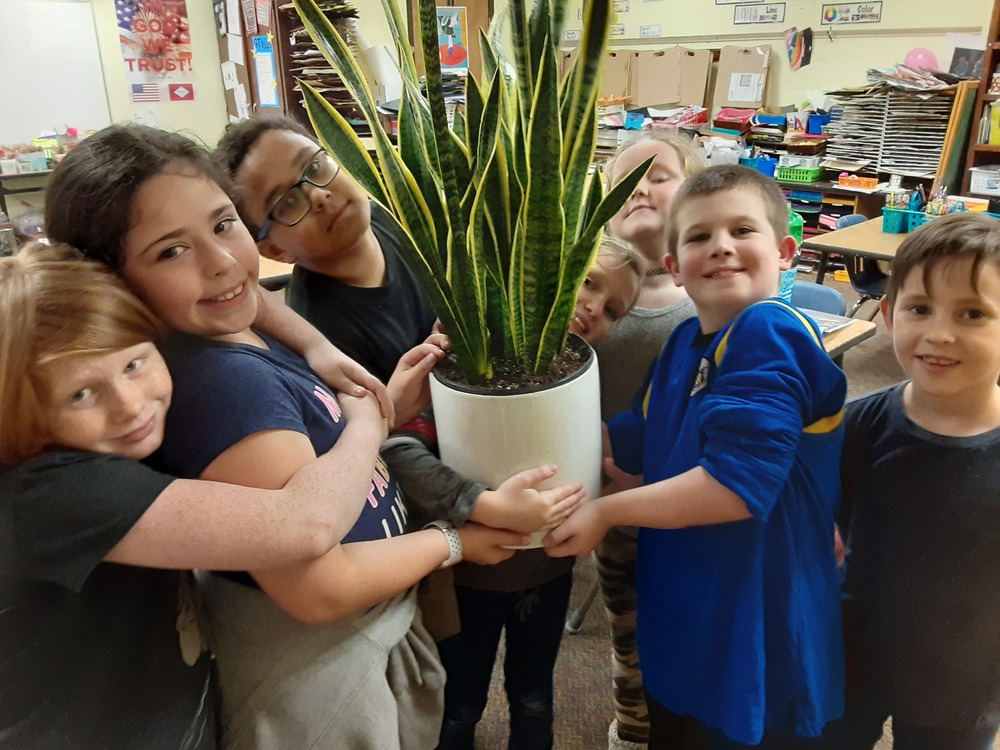 Our Garden Club recently learned about the snake plant, or Sansevieria, a member of the Lily Family.  This plant popularly goes by other common names, such as Mother-in-Law's Tongue.  The snake plant is an ideal plant for indoor spaces because it is a superb air purifier. Studies, including those performed by NASA, have consistently shown that the snake plant purifies air by absorbing toxins through the leaves and producing pure oxygen.  The plant also releases moisture in the air and lessens airborne allergens.

Of all the different oxygen producing plants, this one is unique because it converts a lot of carbon dioxide to oxygen at night. 6-8 plants are needed per person to survive if there is no air flow (meaning you could live in a completely air sealed room if you had these plants). The snake plant also removes formaldehyde from the air.  Most plants largely uptake Carbon dioxide (CO2) and release oxygen during the day (photosynthesis) and uptake oxygen and release CO2 during the night (respiration).  Snake plants can uptake CO{-2} during the night as well because of their ability to perform a type of photosynthesis called Crassulacean Acid Metabolism.

The Garden Club, repotted the snake plant, removing some leaves to propagate into new plants that they will later take home. They presented Mrs. Steffy with this snake plant for The Nook...a room in our school that staff members can go to for relaxation.  The Garden Club is led by Pope County Master Gardener Natasha Reavis of Reavis Family Farms.