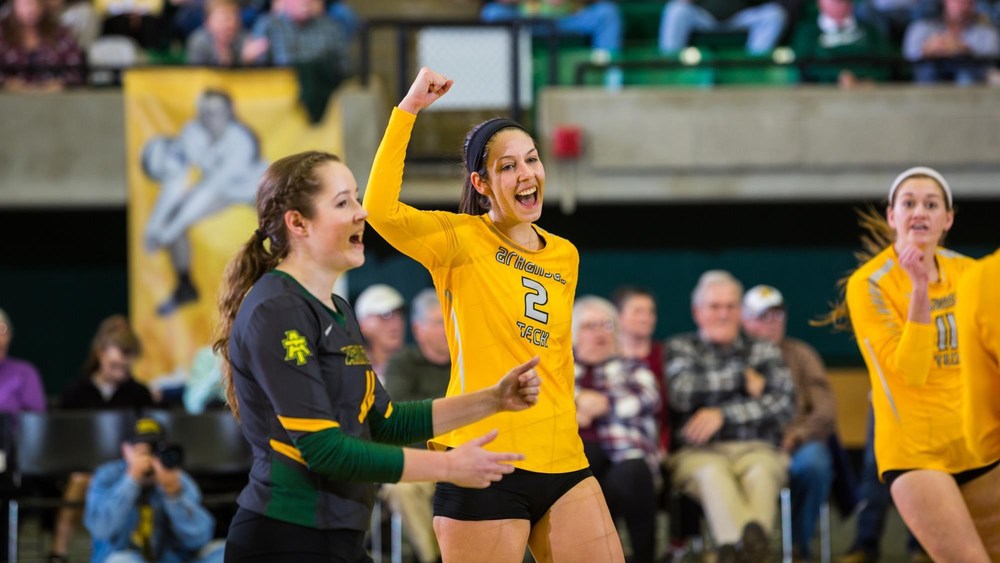 A record 585 female college athletes have been nominated by NCAA member schools from all three divisions for the award.

Established in 1991, the NCAA Woman of the Year award recognizes graduating female college athletes who have exhausted their eligibility and distinguished themselves in academics, athletics, service and leadership throughout their collegiate careers.

Eshnaur was a leader both on and off the court during her four-year career at Arkansas Tech. On the court, she was named a Great American Conference First Team selection in 2015, 2016, and 2018, and received Second Team honors in 2017. She was also the GAC Freshman of the Year in 2015. Eshnaur holds first place in program history in double-figure kill matches with 100 and led the team in kills in three out of her four years and service aces in two out of her four years.

Off the court, Eshnaur was named CoSIDA Academic All-District IV in 2017 and received the GAC Elite Scholar Athlete recognition that same year. Eshnaur logged a total of 112 community service hours during her career, helping the Golden Suns volleyball team to win the 2019 NCAA Helper Helper Team Service award for most community service logged out of any team in Division II.

"We couldn't be more proud to nominate Hunter for the 2019 NCAA Woman of the Year." said head volleyball coach Kera Dukic. "Hunter embodies all of the characteristics we could want in a student-athlete and as a member of any team. She was not only tremendously successful on the volleyball court, but in the classroom as well. Along with the numerous honors received and successful seasons during her career, she also spent an extensive amount of time in the community of Russellville. She is known in this community for not only being raised here, but for her character. We are thankful to know her and have her as an alumni of this program."

Conferences will select up to two nominees each from the pool of school nominees. Then, the Woman of the Year selection committee, made up of representatives from the NCAA membership, will choose the Top 30 honorees — 10 from each division. The selection committee will then determine the top three honorees in each division from the Top 30 and announce the nine finalists in September. From those nine finalists, the NCAA Committee on Women's Athletics then will choose the 2019 NCAA Woman of the Year.

The Top 30 honorees will be celebrated and the 2019 NCAA Woman of the Year will be named at the annual award ceremony Oct. 20 in Indianapolis, Ind.